Don Piper has inspired audiences in more than 3,000 churches and venues around the globe since the release of his book, 90 Minutes in Heaven, co-written with Cecil Murphy. Having sold more than 7 million copies in 46 languages, the book remained on the New York Times bestseller list for nearly four years after its release. In addition, countless people have heard his story in person, on television and on the radio. He’s been interviewed by literally hundreds of television shows, radio stations, newspapers and magazines all over the world.

In 1989, Don was on his way back from a church conference when an 18-wheeler struck his Ford Escort head on. He was killed instantly—pronounced dead by four sets of EMTs. Shortly after the accident, a pastor from the same conference arrived on the scene and began praying for “the man in the red car.” God worked a miracle and sent Don back to a broken body. To date, 34 surgical procedures have taken place. He walks only as a result of miraculous, and in some cases, medically unexplainable circumstances. During the time he was dead, Piper was granted the extreme privilege of glimpsing Heaven itself.

Don’s experience in Heaven gives him a unique insight into eternity and an unwavering passion to tell others about Christ. His difficult recovery allows him to identify with the heartbroken and crestfallen, ministering to them with the understanding of someone who’s been there. His goal is to help bitter people become better, to turn disappointments into divine appointments. He calls it “finding a new normal,” and he’s made it his life’s work.

Don has released three additional books: Daily Devotionals: 90 Readings for Hope and Healing; Heaven Is Real: Lessons on Earthly Joy; and Getting to Heaven: Departing Instructions For Your Life Now, all from Penguin-Putnam (now Penguin-Random House). Known around the world as “The Minister of Hope,” he founded Don Piper Ministries in 2007 to channel revenues from book sales and speaking income to financially support more than 40 ministries and charity organizations. 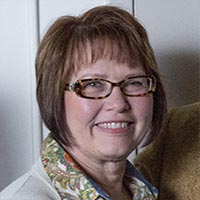 Eva Piper is a speaker and author of A Walk Through The Dark. She has a unique insight into the trials of heartache and the triumph of overcoming. She has inspired audiences with her testimony of walking her hurting loved ones through a dark night and surviving to see a sunrise not just bright, but much more beautiful because of the journey. The wife of bestselling author Don Piper, Eva was the glue that held her broken husband and her family together. Don calls her the “real hero” of their ordeal. A teacher for 34 years, Eva and Don live in Pasadena, Texas. They are the parents of three adult children and have two grandchildren.