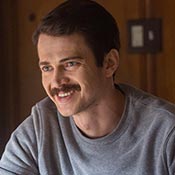 Hayden Christensen launched his acting career at the age of 11 with minor film and television roles. Larger parts included Life As A House, for which he earned Golden Globe and Screen Actors Guild awards nominations as well as the 2001 Breakthrough Performance of the Year from the National Board of Review. He starred in the Fox Family Network series Higher Ground and the made-for-TV movie Trapped in a Purple Haze. In 2002, Christensen vaulted to international fame as Anakin Skywalker in Star Wars Episode II—Attack Of The Clones and he reprised the role in Star Wars Episode III—Revenge Of The Sith. Other notable roles for Hayden include Shattered Glass and Jumper. 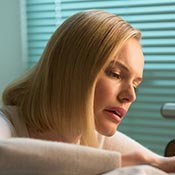 As a young equestrian, Kate Bosworth won her first movie role at age 14 at an open audition for The Horse Whisperer. A television series followed with the Dawson’s Creek spin-off The Young Americans. She also earned a supporting role in Remember The Titans. Kate’s breakthrough performance came in the 2002 surfing film Blue Crush. In the wake of that success, she has built a wide-ranging career with roles in The Rules Of Engagement, Win A Date With Tad Hamilton, Wonderland, Beyond The Sea, and as Lois Lane in Superman Returns, among many others. Kate Bosworth is also an accomplished singer and businesswoman. 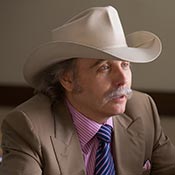 After establishing himself in the music industry, Dwight Yoakam set his sights on his second love, acting. In 1991 he appeared as a stuntman/country singer in an episode of P.S.I. Luv U. His first movie role was in Red Rock West. In 1993, Dwight released what is considered his masterpiece, the album “This Time,” for which he received his first Grammy® Award for “Ain’t That Lonely Yet.” In 1996, he received critical acclaim for his role in Billy Bob Thornton’s film Sling Blade. While filming The Newton Boys, he wrote all of the songs that would become his most personal album, “A Long Way Home.” Dwight continues his successful careers in both film and music. 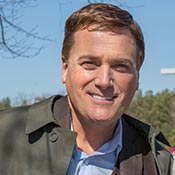 Michael W. Smith is an acclaimed singer, songwriter, and musician who has sold more than 15 million albums, achieved 28 No. 1 songs, earned three Grammy® Awards, one American Music Award, and more than 40 Dove Awards. Along with Amy Grant, Michael was honored as “a cornerstone of Christian music” as part of ASCAP’s 100th Anniversary. Throughout his career, the Contemporary Christian Music artist has had the opportunity to sing for several Presidents and national leaders. He actively supports the teen club Rocketown, Compassion International, and Samaritan’s Purse. His most-recent album is “Hymns,” his first classic hymns album. Michael and his wife Debbie live in Middle Tennessee, where they raised their five children. 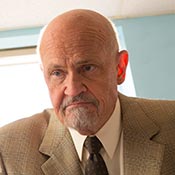 Fred Dalton Thompson is an American politician, actor, attorney, lobbyist, columnist, and radio host. As an actor, he’s known for his roles in Sinister and Die Hard 2. In the final months of his U.S. Senate term in 2002, Thompson joined the cast of the long-running NBC television series Law & Order. As a public servant, Thompson served in the U.S. Senate representing Tennessee from 1994 to 2003. He was chair of the International Security Advisory Board at the United States Department of State, a member of the U.S.-China Economic and Security Review Commission, a member of the Council on Foreign Relations, and a Visiting Fellow with the American Enterprise Institute, specializing in national security and intelligence. 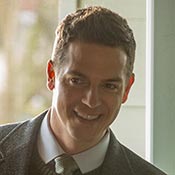 In 2005, Jason Kennedy joined E! as a news correspondent, handling a variety of stories and events for E! News. A native of Fort Lauderdale, Florida, Jason spent most of his time chasing news trucks and taking cabs to news scenes to mock-report on the local news. His love for hosting began in the fifth grade, after he constructed a studio in his basement, equipped with 20 televisions, four cameras, a news desk and an editing station. Unlike most anchors, Kennedy began his first on-air experience at the age of 15. While attending the University of Miami, Kennedy received numerous awards, including the Associated Press Award for Best News Feature in the state of Florida.

Elizabeth Hunter made her theatrical film debut in Clint Eastwood’s musical bio-drama Jersey Boys as the young Francine Valli, daughter of Frankie Valli. Her television roles include Finding Carter, Powers, Nashville, and Hart of Dixie. The talented middle schooler splits her time between her family home in Georgia and Los Angeles, accompanied by her mom and “virtual school” curriculum. Besides acting, she enjoys swimming, singing, playing the piano, and ballet.

Bobby Batson makes his theatrical film debut in 90 MINUTES IN HEAVEN. His film career began with a short comedy, Babysitting. He is also featured in the movie adaptation of The Fifth Wave, scheduled for theatrical release in 2016. Besides acting he is an avid soccer and basketball player. Bobby lives with his family in Georgia.

Hudson Meek makes his theatrical film debut in 90 MINUTES IN HEAVEN. He has also been in the Lifetime made-for-TV movie Santa Con, and the yet-to-release faith-based romance Providence. Hudson’s young career began with acting in pre-K school stage plays, then as a print and web advertising model. He has also appeared in national commercials. Hudson lives in Alabama with his parents and his older brother, Tucker Meek, who is also an actor.

Michael Polish burst on the film scene at the 1999 Sundance Film Festival with Twin Falls Idaho, hailed by the New York Times as a work with “style, gravity and originality to spare.” He followed that success with Jackpot and Norfolk, which critic Roger Ebert called “a masterpiece.” The Astronaut Farmer, The Smell Of Success and Stay Cool followed. His most-recent film, Big Sur, debuted in 2013. Michael often works with his identical twin brother and co-writer, Mark Polish.

Richard L. Jackson serves as Chairman and Chief Executive Officer of Jackson Healthcare, one of the largest healthcare staffing companies in the U.S., serving more than five million patients in more than 1,300 healthcare facilities. The company also provides hospitals with logistical solutions for patient throughput and systemic operational efficiency. For the past 34 years, Rick has been instrumental in conceptualizing and developing more than 25 healthcare companies. His ownership and operation of staffing companies, surgery centers, practice management companies, clinics and hospitals have endowed him with the depth and breadth required to thrive in the ever-changing healthcare environment. Driven by a personal mission to inject hope and opportunity into the lives of underserved children, Rick actively supports numerous local and international charitable organizations. Additionally, he serves on the board of directors of numerous organizations. For his support of numerous local and international charitable organizations, he was honored with the Lifetime Achievement Humanitarian Wellness Award at the 9th Annual Atlanta Gospel Fest Music Health & Wellness Festival.